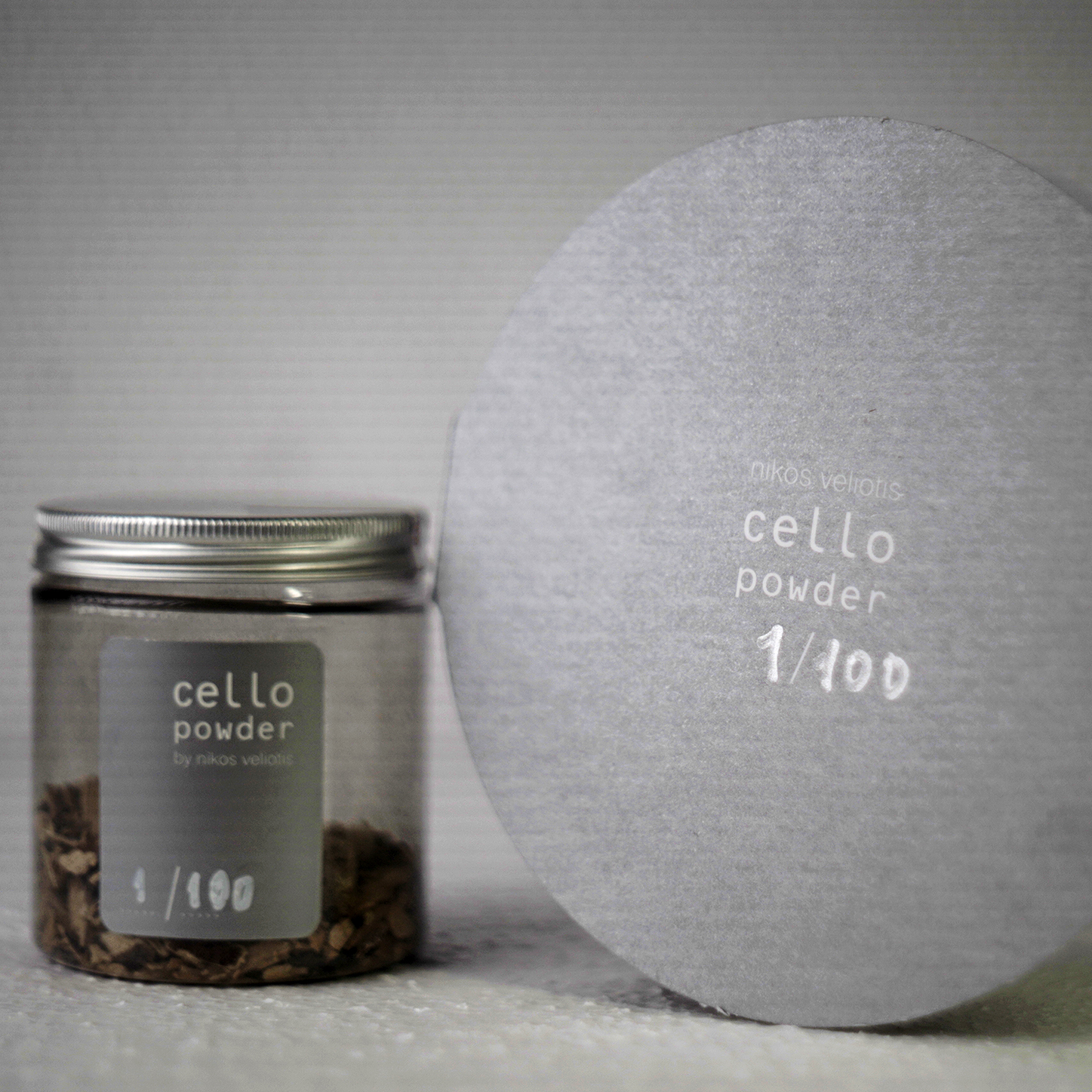 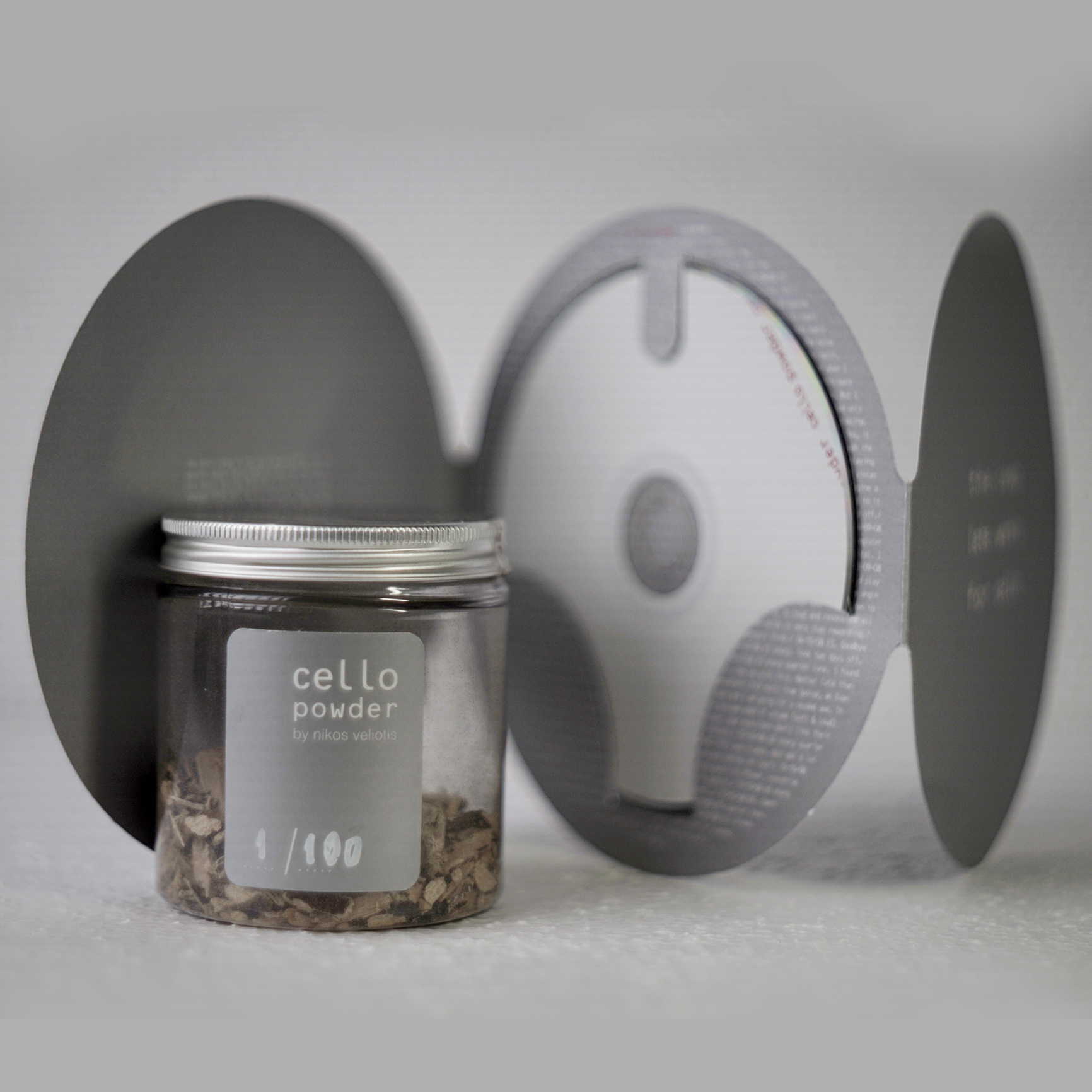 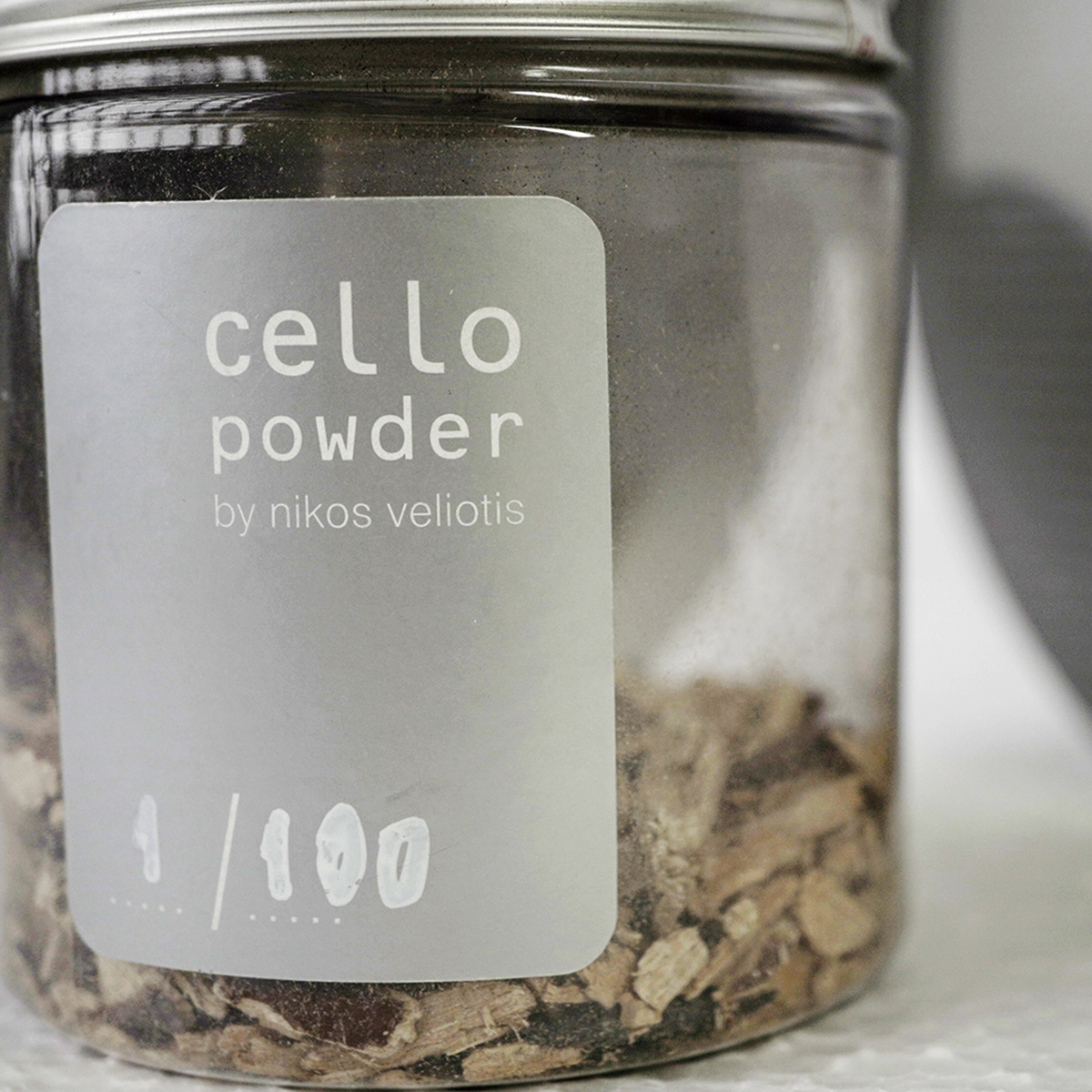 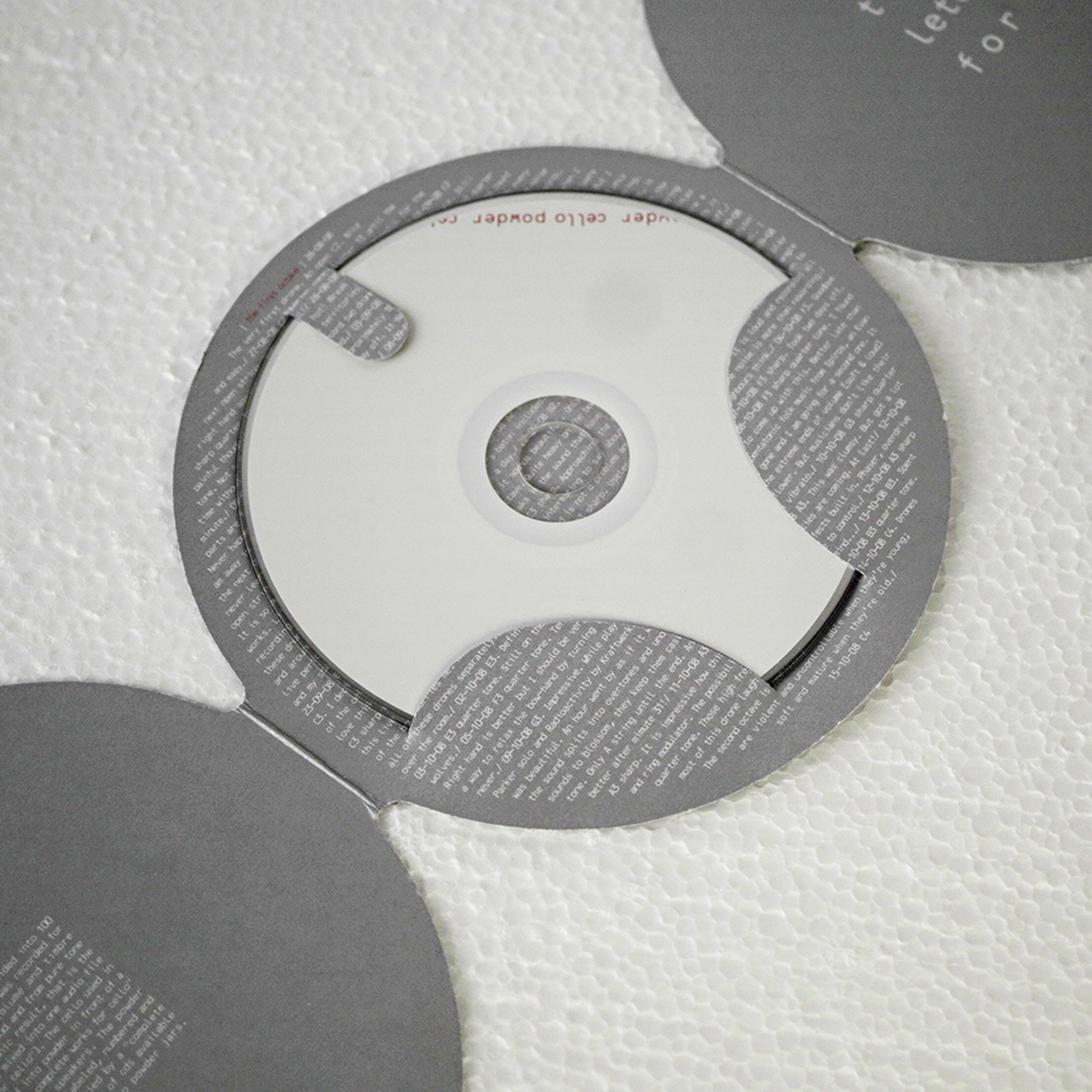 Part 1 – recording: The sonic range of the cello was divided into 100 quarter tones. Every quarter tone was recorded for one hour. During this hour volume and timbre changed [from soft to very loud plus pure tone to noise and back]. The sonic result e.g. 100 one hour drones was mixed into one audio file called “the complete works for cello” and pressed onto a 100 cds.

Part 2 – performance: The cello used in the recording was destroyed [turned into powder] in front of a live audience while “the complete works for cello” was played back through speakers. The powder was used to fill jars of approximately 250ml labeled, numbered and sealed. The performance took place during the 2009 INSTAL festival in Glasgow on March 21st.