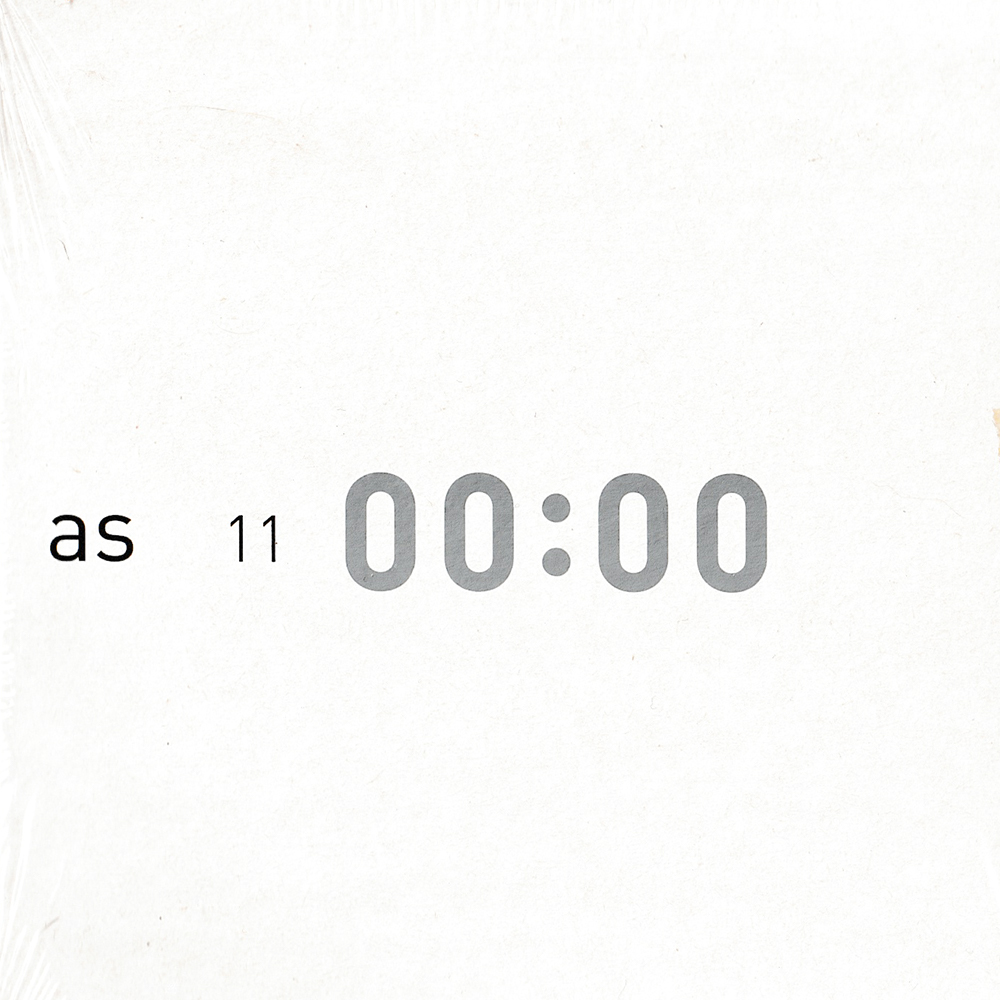 Debut album by as11

While it is midnight, time zero on all earth time zones, as11 captures the moment of the change from the year 1999 to the year 2000 and displays his apocalyptic world blend during 2000low-fi collage seconds. From tears and laughs, presidential speeches, teenager parties, prays to the Lord, fireworks, laments, champagne and silence: everything is there. From Kazakstan to New Zealand and from Mauritius to Buenos Aires, everywhere becomes here. Recorded through Internet radio stations on the midnight , December 31, 1999 – January 1, 2000, 00:00 is a sonic documentary, raw and appealing.

recorded by as11
mixed by ilios at studio Tallers, Barcelona. produced by as11 and ilios
design: dima